As promised, I’ve added a sixth airport to Airport Madness 3D.  It is Castlegar, BC with an aerial firefighting theme.  You are not just moving passenger aircraft, but firefighting aircraft as well.  The city is being consumed by an out-of-control forest fire that is invading from the west.  After the first few frustrating attempts at dealing with the problem, you will learn that the passenger traffic must wait.  That’s right, those passengers can sit there and rot, until the forest fire gets under control. 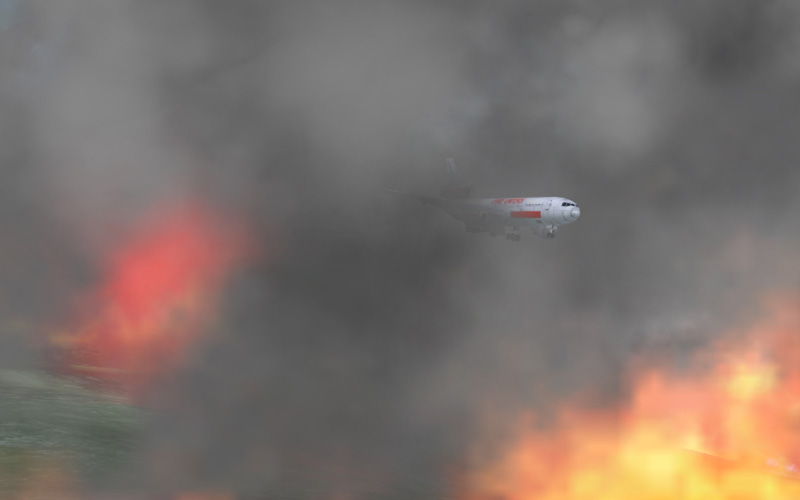 Whenever I come up with an idea for an airport, I have no idea if the airport will be any fun at all.  After almost 10 years of building Airport Madness, and more than 20 years as a real-world air traffic controller, I understand that crossing runways make an airport fun, but that’s not always the rule.  One of the most interesting and heavily played Airport Madness airports is Funchal Airport.  It’s only got one runway, but it has a nasty runway backtrack for every takeoff and landing, which makes the airport insanely complicated.  When I chose to build Castlegar, I was in love with the concept of building a mountainous airport, dedicated to firefighting.  I didn’t think adding a forest fire would add complexity.  It did greatly. 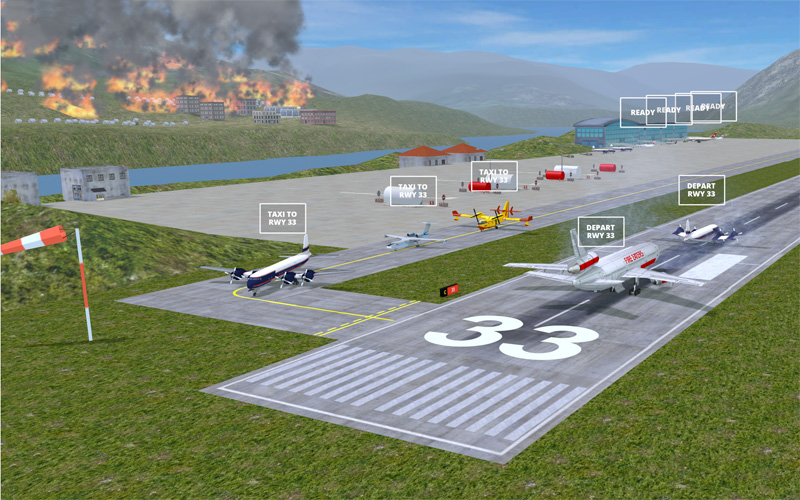 Generally, I suck at my own games.  Isn’t that sad?  However, I do hold one of the higher scores at Castlegar airport, and I have my real-world ATC experience to thank for that.  The ability to say “no” to pilots is a skill that can often save an airport from calamity.  After overdosing on the Castlegar level of Airport Madness 3D, I decided to go back and try some earlier levels.  I noticed something very interesting.  Each airport has its very own “ideal traffic pattern”.

Take Rocky Mountain, for example.  This morning I ordered myself a grande triple-shot latté, put my earphones on and blasted Metallica into my ears, then fired up the Rocky Mountain – Building Traffic challenge.  After about 30 relatively peaceful minutes, the airport became unmanageable.  At Rocky, the gates don’t clear quickly and therefore a controller must push themselves to be hyper efficient.  Arrivals were backed up all the way to the runway, and I had to start pulling up subsequent arrivals.  I thought to myself, what would I do in real life?  Immediately I began forcing all arrivals to use 30L.  All departures got sent to 30R.  It made for two very ugly long lineups of traffic, but it was absolutely the most efficient way to pump traffic.  The two runways are completely independent of one another.  A crossing runway operation becomes ridiculous at a certain point.  As soon as you realize that pilots don’t have to land on their runway of choice, the situation becomes easier. 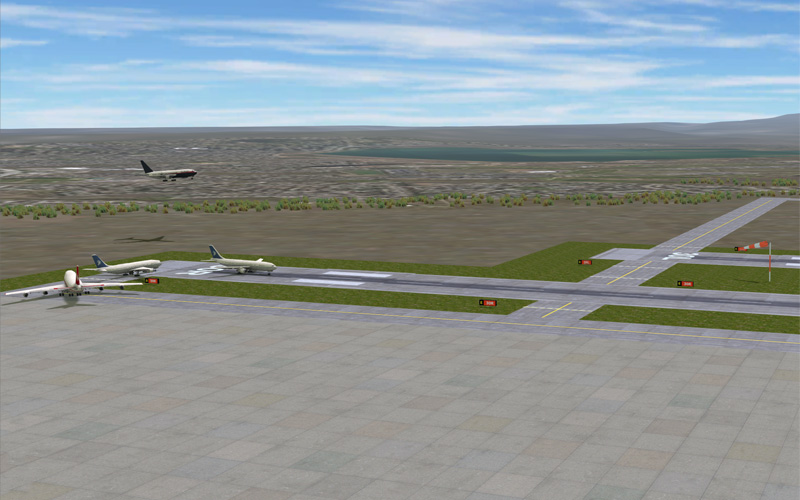 The next Airport Madness 3D update will add Los Angeles International, hopefully releasing at the beginning of February 2017.  As I sit here typing, I’m asking myself, “am I really going to build LAX?  Will it even be a fun airport?”  I really think it will be.  It has four parallel runways, two dedicated to arrivals and the other two for departures. 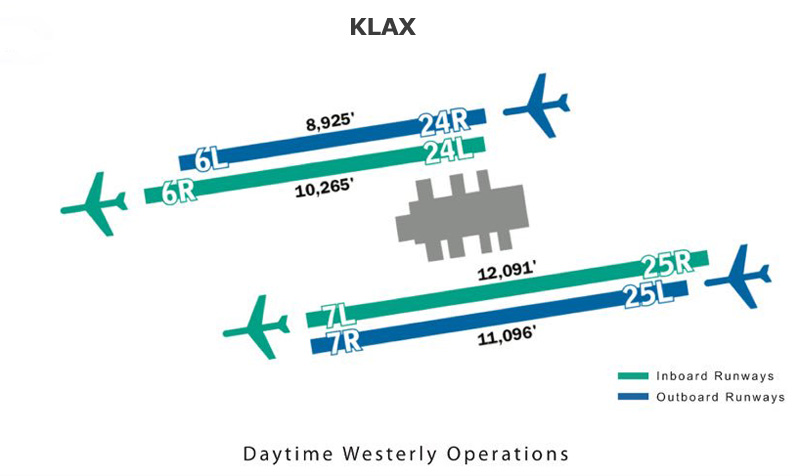 Look for updates in the coming weeks right here!