It has been a busy Summer, but I am finding time to work on our upcoming Airport Madness Pro, as well as the existing Airport Madness 3D series.  Much of my creativity comes from my full time air traffic control job, as well as piloting small airplanes.  I’ve had a great deal of both this month.  This week, I’ve been sneaking in time to code while on vacation with my family.

The focus has been the addition of emergencies to Airport Madness 3D.  These will be added to both volumes, starting with Volume 2, hopefully in two weeks.  Here’s a list of the emergencies to be added:

Some of these emergencies will require fire trucks to arrive, and douse the aircraft with fire retardant while passengers spill out onto the runway.  Other emergencies will be invisible, such as a fuel emergency, where you are simply expected to land the aircraft without any sort of delay.  You don’t want to see what will happen if you assign a “go around” to someone who is already low on fuel! 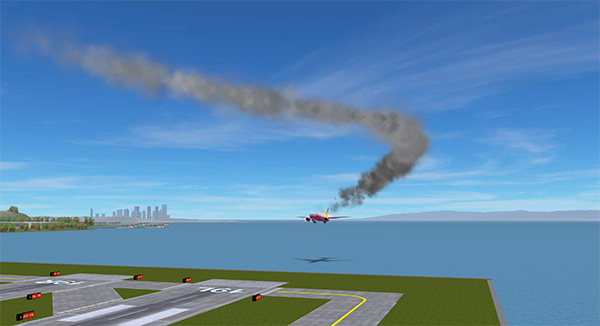 It’s a lot of fun adding these to Airport Madness 3D.  It will be an optional feature, but I think you’ll turn them on and leave them on.  I intend to keep updating both volumes of AM3D, while simultaneously building Airport Madness Pro.  Unfortunately, these games all compete for my attention, and some of my older games have become completely neglected.  The positive side is that I’m constantly delivering new content.  However, I don’t see any future updates for games prior to Airport Madness 3D (at the moment).  Almost all of the demand is for AM3D updates, as well as AMP.

Occasionally I get emails from users checking to see if I’m still alive and building games.  I definitely am, but these things take time.  I don’t ever plan to retire from game development, but I will definitely pace myself as needed.

SO WHAT ABOUT AIRPORT MADNESS PRO?

I hope to launch the AM3D updates in August, then get back to work on Airport Madness Pro.  At the moment, my plan is to start selling pre-orders on January 1, 2019.  This will hopefully be the popular buy choice, as there will be a discount and you’ll receive the full release before anyone else does.

I’ll likely sell a beta version as early as April 1, 2019, also at a discount.  You’ll get an unfinished copy of Airport Madness Pro before everyone else, and you will be entitled to the full version when it arrives.

And with any luck, there will be a full release of Airport Madness Pro on June1, 2019!