In addition to building air traffic control games for PC and Mac, we have decided to develop for iOS devices, too.  This includes the iPad, iPhone and iPod touch.

It was nearly three weeks ago that we received the necessary D-U-N-S number from Dun & Bradstreet.  After several failed attempts at submitting this number to the Apple Development Center, I decided to send them an email this morning, regarding my enrollment status.  To my delight, I received a phone call from someone at Apple just 5 minutes later.  Apparently, I had unknowingly frozen my account due to over-submission.  I guess it pays to be a little patient.  They quickly rectified things over the phone for us.  We can now proudly call ourselves Apple Developers 🙂 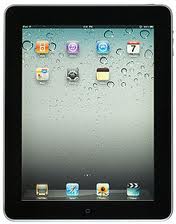 We have recently decided to port our Radar Chaos games to iPad.   One month ago, we visited the Apple website to sign up as an official Apple developer.  Step 1 is to enter your business D-U-N-S. number.  Huh?  Never heard of it.  The D-U-N-S Number has become the standard for keeping track of the world’s businesses. Many major corporations, including Apple, require their suppliers and contractors to have a D-U-N-S Number. It verifies the credibility of your business.

So we applied for this number last month, and just 30 short days later, we received a friendly email from Dun & Bradstreet, containing a brand new, shiny D-U-N-S number.  But upon submitting this number to Apple, we were told that the number was not valid.  Apparently it takes a couple of weeks for the number to get distributed across the various look-up databases (or something like that).

So, we are patiently waiting.  We will keep you posted with our progress on Radar Chaos for iOS right here.

We are about to release another update to Airport Madness 4, free to those who have purchased this product. We plan to fix a few bugs, improve framerate issues, and add two more challenges to the list.

A word about updates and versions. An update is any change that we make to a product. A product can have several updates, and these are always free to those who own the product. A version, however, is different. A new version is an entirely different product with it’s own price tag. If someone owns Airport Madness 4, they can download all of it’s updates for free. However, they would have to purchase new versions of the game, such as Airport Madness 5.

We really hate having to charge for our products. It makes us feel like an ugly, faceless corporation. It would be cool if we could make a living by offering our stuff to you for free. Many have suggested that we do just that. “Make your games free!” In case you haven’t noticed, there really is no such thing as free. There is always a catch in there somewhere. There must be nearly 50 billion mobile devices out there now, and game developers have learned that they can make more money by charging less. Charge 99 cents, and you sell ten times more games. Make the game free, and you earn even more money through advertising. Add in-game purchases, and you make a killing.

Yesterday, my daughter asked me if she could download an app to play. I can’t remember what it was called. Ninja Dragon Land, or something. It was free. So why not? Today, she asked me if I could help her unlock some of the game options so that she could feed her starving ninja dragons. For just 99 cents, I could buy her 200 gems, enough to feed 4 dragons for 3 days. Or, feed 2 dragons for six days. An even better value would be to buy 1200 gems for $5.00. Enough to feed her entire herd for a month. The game even offered the option to spend $20 for 10,000 gems.

We live in a time where people are willing to give money to their mobile devices. It’s weird. Many developers are cashing on the concept of in-app purchases. They make the game free. Then they charge their users to death. And they always include a super expensive option, as there are always people who will pay. These users are referred to as “whales” by the game development industry. The opposite of “whales” are “freeloaders”. When an app detects that a user isn’t buying anything, they show the user a bunch of ads. One way or another, you are going to give up something. People don’t see what’s happening. Nothing is free! Get it? Free games cost money.

There are free games that don’t force you to buy items, but show annoying advertisements. Our free versions are not free, either. In our free versions, we always show you what you could have if you bought the full version. Nobody can afford to develop a game (or anything) without some way of getting money out of it. That’s enough on that.

I’m tired of counting versions. Airport Madness 4, Airport Madness 5, Airport Madness 37. The next version gets an original name. And we are working on our next contraption now. I can’t really say much about it yet, except that it has a really cool theme. It’s not going to be another “Here’s six airports, knock yourself out.”. This one has something special. You can expect to see it in January 2013.

Honestly, we have enough ideas and material to keep going with the Airport Madness series for years to come. However, we are going to try something new in 2013, after our next version of Airport Madness.

Lots to look forward to 🙂