We are sorry to keep everyone waiting so long for Airport Madness 3D. The game continues to get built, but there is still a great deal of work to do. Each day, problems get fixed and features get added. It would be a mistake to hurry for an early launch. We want to deliver a solid product to you with no bugs. Unfortunately, it is hard for us to keep guessing at a release date.

Our energy for this project is high, and we are very excited about it’s upcoming release. At the moment, we are hoping to release a PC and Mac version on the website first. Steam, iOS, Mac App Store and Android versions will arrive shortly afterward.

The intention is to initially offer Airport Madness 3D as a paid game, with a free limited version following shortly afterward. The iOS, Android and Mac App Store versions will likely be free, with in-app purchases to unlock additional airports. I hate in-app purchases, but unfortunately this seems to be the current state of the gaming industry, and in-app purchases are necessary in order for us to remain competitive.

Keep checking back here for the latest news.

With nearly every game launched over the past eight years, we’ve been late releasing.  With each game, I try to build in a little extra time when making release date promises. Yet, there still just isn’t ever enough time to get done.

With our current project, Airport Madness 3D, I decided to get smart and not make any promises at all, other than “early 2016”.    Well, here we are, and it is March 9th.   The game still has a least another months’ work.   As a business owner, I must hype this came up as much as I can.   However, as a one-man show, it’s hard to get specific about a release date.

On all of my social channels, my vague words have somehow become a promise of “March”.   It’s just that easy to get myself into trouble!   I can guarantee that it will not be ready in March.  However, April does look very realistic. 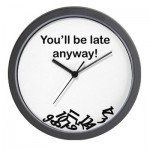 This week I will completely finish the game’s engine, as well as one of its airports.   The three additional airports will require approximately 10 days to construct, as I have designed my code so that additional airports are easy to include.   Add to that any additional time that I require for unusual bugs or launch issues with our new game development platform, Unity 3D.

I’ve always sucked at sticking to delivery date promises. Those of you who have followed me since the beginning give little value to my promised release dates. In spite of that, you all continue to support me, and I greatly appreciate this. I’m working as hard as I can for you!