It’s difficult to believe that Airport Madness 3D is now more than two years old. Volume 1 released on May 11, 2016, followed by Volume 2 on November 21, 2017. It’s been two months since I’ve released any updates, so I thought I’d give you an update on what we are working on at BFS.

But first, have a look at “where we were headed” according to this blog post of ours back in 2010:

For too long, a very challenging bug existed in Airport Madness 3D: Volume 2 whereby aircraft would refuse to park themselves. We were unable to reproduce the issue, nor even guess at the cause. I felt like a car mechanic who was told “something is rattling” under the hood. Each day I would read complaint emails from users, and would ask as many questions as I could. I would then lift the hood, grab my wrench and make a few arbitrary changes. My team of 10 testers would then play with the revision for a few days. Once we all felt that the problem was solved, I would ship the update. Then new complaint emails would come in, and we would realize that the bug was not fixed at all.  And the process would repeat. On April 29, I shipped AM3D2 Update 1.214 and the complaints have since stopped.

I celebrated by taking a week off from game development, then I jumped head-first into the development of our next big thing, Airport Madness Pro, which releases Summer 2019. I’m very excited about this project. It’s a game that I can’t wait to play. To summarize it, Airport Madness Pro will be a realistic version of Airport Madness 3D. ATC Separation requirements, wake turbulence, more realistic airports and aircraft, plus better overall graphics. For those who like the current Whack-a-Mole style of Airport Madness, where planes move fast and furious with explosions happening everywhere, that will be an option in the game settings. 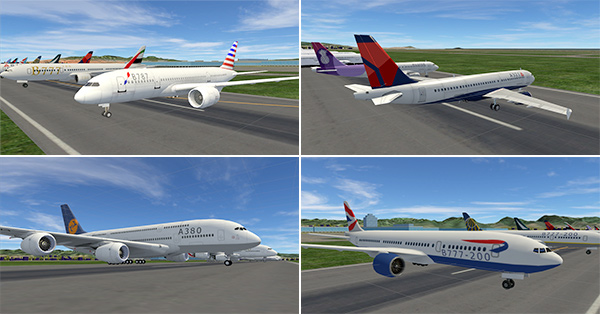 I am not finished with the two volumes of Airport Madness 3D. I would still like to add emergencies to the game, as well as regular minor updates. I would love to add “night”, as so many users have requested. Unfortunately, night is a giant undertaking. Every single object, be it grass, cement or the aircraft, requires a new night texture file which would make the file size even larger than it is. Cities would need to be rebuilt with proper lighting, as well as runways, taxiways, aircraft and cockpits. I’m not convinced that this feature would be favoured over the production of Airport Madness Pro. I might be able to offer dawn/dusk mode by simply altering the sky and lighting, but that’s about all I currently plan to do for a night effect in Airport Madness 3D. My plan is to produce updates for both volumes of Airport Madness 3D by the end of July 2018, then get back to work on Airport Madness Pro.

Have a look at this video, which represents most of the new aircraft of Airport Madness Pro.  As you will see, I am interested in respecting the trademarks of the real-world airlines.  You will hear the pilots check in on the radio eg. “Delta 123”, but you might notice that the aircraft have slightly modified paint liveries and logos, with no airline names printed on the nose of the aircraft.  I think they look superb.  While using exact paint liveries and airline logos would be ideal, I believe that a certain amount of detachment from reality adds a bit of flavor to the game.

One thought on “Where We’re Headed”