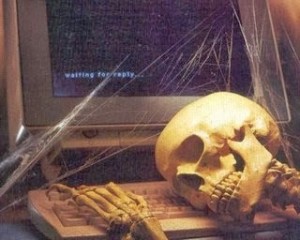 One of the nice things about having a blog is that you can promise all kinds of stuff, and then not deliver.  In my last blog, I promised details of my upcoming mobile game, and then didn’t give any.  Lately, my blog posts have been getting shorter, and my Twitter posts longer.  I wish there was something in between.  Some way that I could communicate with fans, without the commitment of writing an entire blog post, fitted with grabbing images, such as this one (That’s one of me back in June, after releasing Airport Madness 5).

Anyway, back to the point of this blog post.  My upcoming game!  It’s called Backyard Brat.   You are a kid with a remote control helicopter, up to absolutely no good, whatsoever.  Here are a couple of brief video clips:

The game is nearly finished (which means it’ll never get done).  All kidding aside, look for it in the App Stores this December!