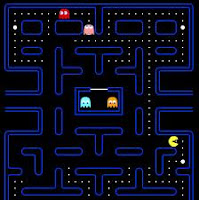 I recently heard some interesting comments made at the International Game Developers Association in Los Angeles, regarding game design. “If the player can’t die, then it’s not a game”.  This is an interesting thought, but do games really need to create inevitable failure in order to be game-worthy?  Is Farmville a game, even though you can’t die?

I like many games for the challenge, but I like others simply for the experience.  Can a game be enjoyable without rewards and punishment?  What about air traffic control games?  The trouble with ATC is the slow action, by game standards. You need at least 10 minutes of game play before things start to get interesting.  The fun of ATC is in making decisions and building a plan, then managing the situation as reality unfolds.

In the ATC world, this takes time to build.  The game begins with the player thinking to themselves, “I’m gonna make the 737 first, then stick the Cessna behind him, and slow the LearJet to follow.”  These types of decisions are fun.  However, it requires time for such a plan to unfold.  A radar screen has a very broad range.  Even a fast-moving 737 takes time to get from one end of the screen to the other.  It is this very “slowness” that creates tension and suspense, which is what makes air traffic control games fun, and ultimately what makes air traffic control such a neat job in real life.  The player has time to change their mind a few times, maybe come up with an entirely new plan, and possibly make an irreversible mess of things.

It’s difficult to create an ATC game that is quick and snappy, especially a radar-based game, like our upcoming game and simulation, Radar Chaos.  You can only “dumb it down” so far before it stops being a simulation and becomes a cute puzzle.