I am working on another update. I just fixed the bug that stops traffic flow, once the player has achieved 150 or so movements.

I’m adding a feature that I call “auto-tag”, which prevents tags from overlapping. It’s does not do a great job of tag management, which is why it will be optional.

I’m also considering adding some bonus features into the game:

I would like your input on how I might implement these features. I could sell them all as an in-app purchase and name them “ATC Tools”. Or I could enable these over time, as a reward. Or, I could simply add them to “settings”. Thoughts?

I am also looking into my options for “instant replay”, or at the very least, a screenshot of your game ending crash.

This is an important update, fixing a few key issues.  Most notably, after installing this update you will be notified in-game of all future updates.  The game will provide you with an update method. 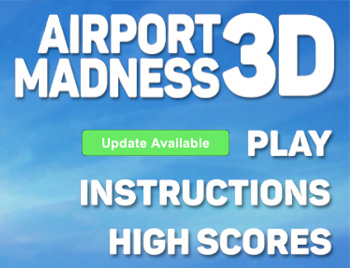 On our Steam Community page there have been over 100 airport ideas suggested to me for future updates.  It boggles my mind.  As a full-time air traffic controller in the real world, I only have a certain amount of time to develop this game, and as such, it takes me about two months to create a new airport.  At least the updates are free, right folks? 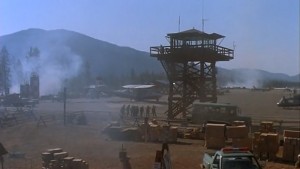 The other night on TV I watched an old favorite, Always (1989).  It’s got a bit too much romance for my taste, but nevertheless a great movie for people who love airplanes.  The movie concept was based on an aerial firefighting operation, which absolutely intrigued me.  After the opening scene I pulled out my phone and began researching aerial firefighting on the web.  I already know a fair bit about this type of thing, as I work at an airport that serves aerial firefighting operations.  In this movie, however, the airport was immersed in the operation.  The airport used in the film was Libby Airport in Montana, and footage of the Yellowstone National Park’s 1988 fires was 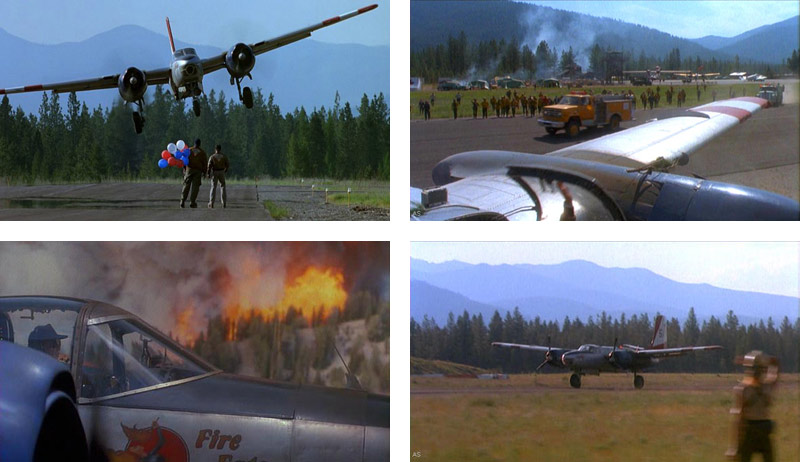 used for the fire sequences.  Steven Spielberg did an incredible job of capturing the beauty and excitement of the operation.  There was fire, smoke, and beautiful vintage bombers like the Douglas A-26 Invader and PBY Catalina. It looked like an airport that would be fun to work at!   Here’s a quick clip of what I’m talking about:

So, I’m wondering if this is something that I could add to Airport Madness 3D.  An aerial firefighting base.  I looked at Libby Airport, but since I can’t determine if they even use this field for firefighting, I decided to go with an airport that I am familiar with.  Like I’ve said many times, Airport Madness needs conflict points in order to be fun, and this usually means having at least two runways.  However, exceptions can be made.

I think a great airport for an Airport Madness firefighting operation would be Castlegar, BC.  It’s not primarily a tanker base, but as you can see in the photos above, it does get to host such operations from time to time.  Castlegar is also very special to me personally, as I used to fly Navajos out of there many years ago.  It’s mountain scenery is absolutely breathtaking, and I feel that a game level such as this one needs mountains.  As usual, I may need to to bend the truth a little, to maintain an appropriate balance between fun versus real. 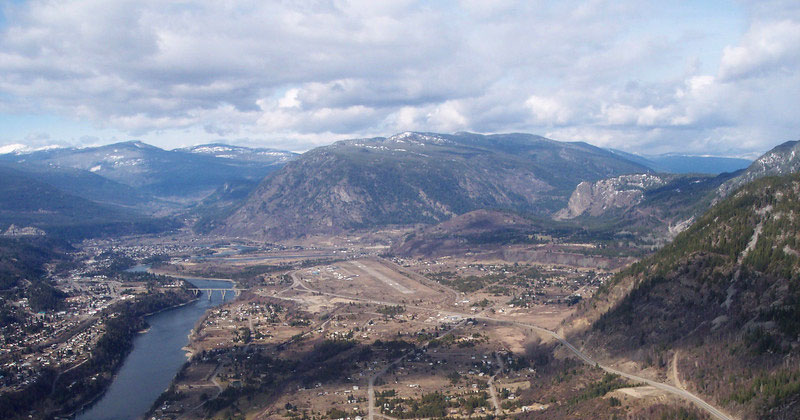 Will there be an actual fire?  You can count on it.  The west ridge will be engulfed in flames, which will advance towards the city if left unattended, and retreat if the player moves tankers quickly.  After takeoff, tankers will drop their load of retardant over the fire, then return to the field for reloading.  The fire action will be interspersed by arriving DH8C’s and B737’s.

This looks like it will be fun, and challenging, to put together for you.  I hope to deliver this mid-October. As always, updates to Airport Madness 3D are free. 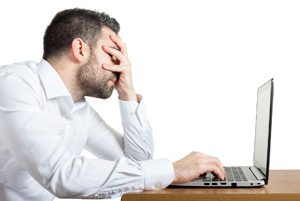 Haven’t Purchased?
If you haven’t yet purchased Airport Madness 3D, grab it here! Buy risk-free with our 60-day refund policy. 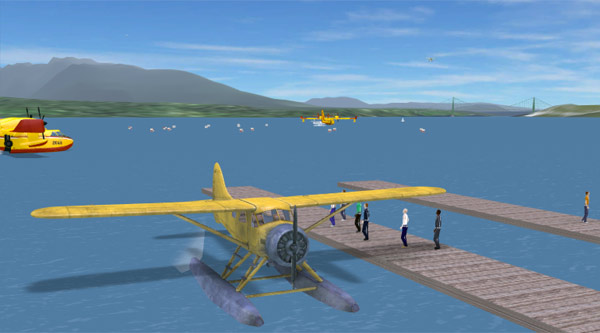 Already Own It?
Those of you who have purchased this already can update their version by simply downloading the game again from the original link you received after purchase.  If you can’t find your link, or you require assistance, don’t hesitate to email me at support@bigfatsimulations.com.

We’ve been around for exactly eight years now.  On the internet, it works like dog years, which makes us 45.  Some of our older games are beginning to show their age, and are not competing well with our newer games. It hurts to drop these prices, because I still love playing these, but it is the right thing to do.

The following games have been permanently discounted:

*Prices are in USD

I dislike making firm promises about updates, as it’s hard to know how long certain objectives will require, or if they are even feasible. This tends to lead to stress on my part, and often disappointment on yours. So I try to keep the promises a little vague, while mostly keeping you in the picture about what I’m doing.

Currently, I’m building update 1.10. This will add a fifth airport, and some bug fixes. The new airport is a float plane base located in downtown Vancouver, BC Canada. Have a look at these screenshots of my progress. 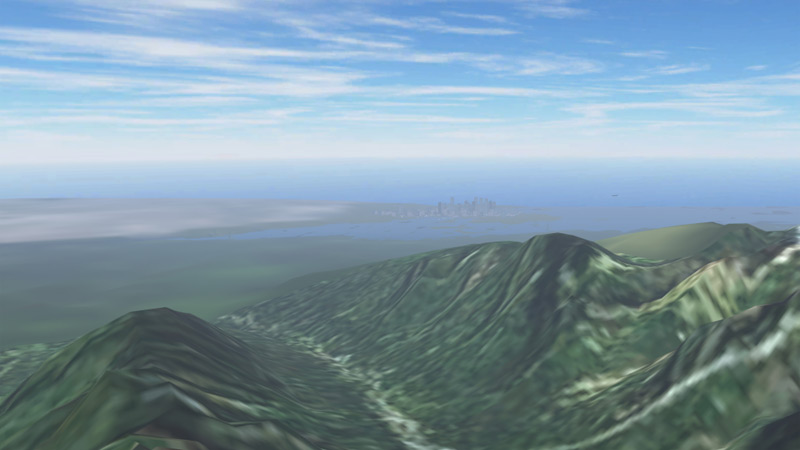 View from the mountains, north of Vancouver. Being a pilot from Vancouver myself, I can tell you that this looks fairly realistic. 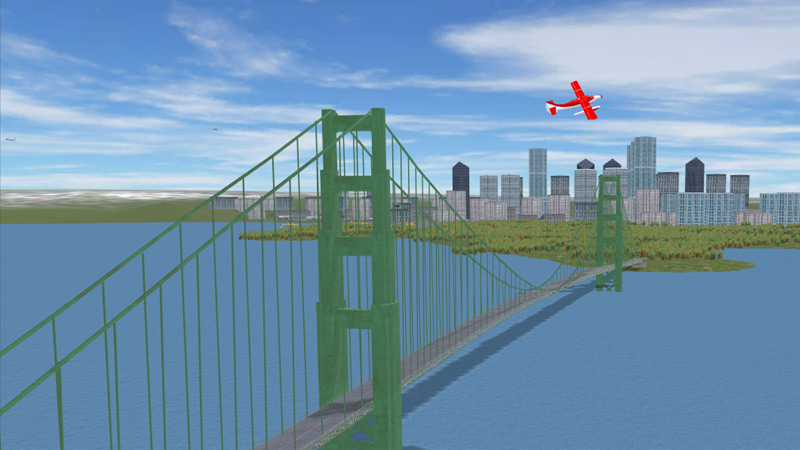 CL21 overflying the Lions Gate Bridge. These are used for forest fires, but in Airport Madness, they carry terrified passengers.

The challenge with this level is that we are located at the edge of a major city, so I’ve had to add much more detail than I’m used to. Some of you may have guessed that I’m new to 3D, but I can tell you that I learn quickly. I’m hoping to offer you a level that looks better in quality compared to previous. As float planes are much smaller than passenger jet aircraft, the tower is much closer than usual, and it became obvious that animated humans would be required. So I’ve added these, and they look relatively good. Hopefully we don’t run into performance issues from too many polygons. I’ve added parked vehicles, too, but have yet to decide whether these deserve animation.

How far do I take it? It’s an air traffic control game, and I’m trying to decide whether I’ll get sued if I add a Starbucks on the corner. Maybe I’ll keep the city details somewhat limited, and focus on getting the game play right.

I am hoping to add a traffic-unjam tool of some sort. I’d also like to figure out why airplanes roll backwards onto runways, and why there are occasional ghost explosions. Rocky Mountain terminal parking deserves a little tweaking, as it is “Traffic Jam Central” at the moment. It’s like a movie theatre on a Saturday night.

I get a great number of requests from YouTubers looking for a free copy of our games to play on their channel.  Although it’s a win-win (free advertising for me), I seldom respond to these requests.  Mainly because I’m too busy to research all of these people, to find out whether or not they have a successful YouTube channel, or if they are simply cheapskates trying to get themselves a free game.

I received an email yesterday from Bob and Ryan, two guys with a Twitch video channel who like to drink beer while live streaming their game progress.  It was a very nicely written email, and so without even looking at their YouTube channel, I fired back a reply with a free link to use.   Then, Bob and Ryan sat down with some beers and tried to become master Air Traffic Controllers.

I thoroughly enjoyed watching this.  These guys are hilarious.  The video has some mild profanity in it, but should be suitable for everyone age 12 and up!